Approval rates for those seeking disability benefits in FY2020 improved across most of the program, according to data provided by the Social Security Administration (SSA). In response to a Freedom of Information (FOI) request by Allsup, the agency reported that decision rates favored both initial applicants and those appealing for benefits at the reconsideration and hearing levels in 2020.

Among initial applicants, 39% were awarded benefits in 2020, compared to 37% in 2019. Fourteen percent of claimants who received a decision at reconsideration were approved, one percent higher than the previous year. Of particular note, favorable decision rates at the hearing level jumped, from 45% in 2019 to 49% in 2020.

SSA Commissioner Andrew Saul recently appealed to the Biden Administration, calling out the impact of funding shortfalls on the agency and programs. While the President’s proposed budget included a $1.3 billion increase for SSA, it fell $900 million short of the agency’s previous request, affecting CEs for applicants and appellants and Continuing Disability Reviews among beneficiaries, according to Saul. 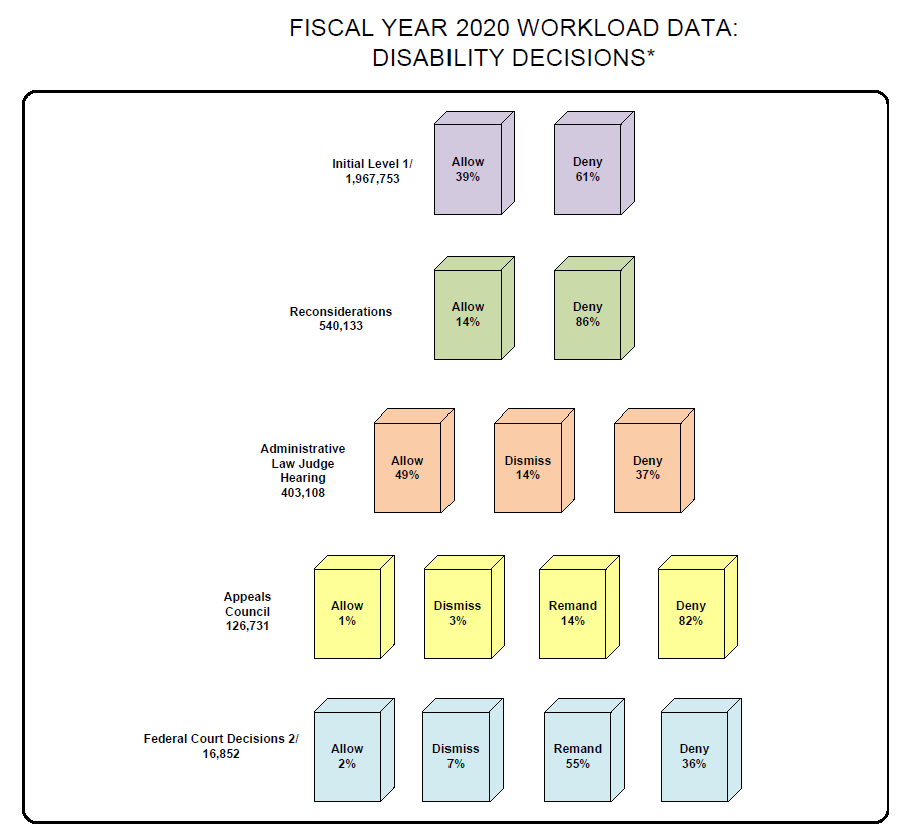 Enter your email to be notified when a new blog is posted.

Thank you for subscribing.

Read the latest news from Allsup and Allsup Employment Services in our newsroom.

We use cookies to optimize site functionality, analyze our traffic, enable social media functionality and, in some cases, advertise to you through third parties. To learn more, view our Cookie Policy.